16 year old HAVEN’s Official Launch Party for PIECE OF PAPER, we are pleased to share with you the latest updates, her upcoming release of new Mandarin songs written by local producer singer/songwriter Zadon as well as another Mandarin song collaboration with Philippines 19 year old Patrick Quiroz (lyric written by Roy Li Fei Hui).

PIECE OF PAPER lifted HAVEN from one of her darkest moments

Contact us for an exclusive interview with Haven and Zadon.

HAVEN’s successful launch party held at SCAPE on 10 Jan 2020.  She shared how she wrote PIECE OF PAPER during her darkest moments and broke down emotionally when several congratulatory video messages poured in.

A humble and sincere 16 year old, this song is for the mass audience who can resonate with society’s real issues. Nothing fanciful, but a heartfelt media and trade session for business partners, casting agents and fans to get to know this down-to-earth young girl whose dreams are coming alive with the support from Academy of Rock and ABS-CBN ( Philippine’s Media and Entertainment Conglomerate.).
Here’s the post event press release and relevant information for your reference.
MAIN PRESS KIT LINKS containing the following:
https://drive.google.com/open?id=1Jhaq_kOY60pPO0TjrnzejmXDwPfp_3yg
Guests who attended the launch:

A total of 100 guests attended the launch and received specially-commissioned tote bags and posters.

The launch kicked off with a showreel about HAVEN as she recently acted in a short film ‘Van Without a Plan’ and her debut music video ‘IMAGINE’.

HAVEN performed PIECE OF PAPER, an alternative pop song and shared more about her songwriting journey with Producer, Retrofocus member and Academy of Rock Alumni – Juan Ezwan who wrote and arranged the music.    A Singaporean Chinese, HAVEN personally penned the lyrics for Piece of Paper. Her self-written lyrics express her frustrations with the systematic restriction of being bounded by paper qualifications, particularly from the perspective of a teenager in today’s fast-paced society.

Haven’s distinctive voice is full of emotions that truly reflect her generation’s anxiety, dreams and frustrations.

Special guest Zadon has written 2 Mandarin songs for HAVEN and joined her on stage for a duet 虚伪 ‘Hypocrite’  while HAVEN sang another solo written by him 不知道 (I Don’t Know).   They will be releasing these two Mandarin songs this year.

HAVEN sang soulfully for another ‘IMAGINE’ which was a duet with Kyle Ecchari when she debuted in 2019.

This new song is slated for release in the next few months.

Congratulatory video messages  came in for HAVEN much to her surprise and she broke down emotionally when Star Vocal Coach, Thor Dulay congratulate her and encouraged her.  It was really a touching moment for the audience.

HAVEN also shared with the audience that she also paints during her leisure time.  “I  like to add colors to something plain or white.”, she added.  In support for #LOVEYOURSIBLING social awareness campaign, HAVEN personally painted a pair of shoes, which will be put up for auction at her launch party.  The proceeds from this auction will be donated to Autism Resource Centre.  The bid will commence from $300 and aims to raise $2000 to support the centre. Interested bidders can email to loveyoursibling@aor-global.com.  Updates will be provided on her Instagram  at a later date.

HAVEN was invited for interviews and performances on the following media:

Professionally trained at Academy of Rock since 2017, HAVEN also plays the guitar and piano besides having professional vocal training and being mentored by Roy Li for her Mandarin vocal classes.   HAVEN also learnt professional dancing at GForce, received mentorship for Yeng Constantino and vocal training from Thor Dulay in Manila.

Haven performed in Manila and was interviewed by the media:

Haven shared in this press conference in Manila more about her dreams, how she looked down on herself and grateful for the opportunity for this amazing collaboration, to continue to work hard working towards her dreams, that her song and singing will touch the hearts and let people be more open with their feelings.

AOR Global dedicates itself to the talent development, international expansion and corporate social responsibility of the AOR brand. The Company views itself as a platform – a space that provides opportunities to nourish budding talents, goes beyond physical borders and gives back to society all through and with music and popular music education. It is the bridge between AOR and the rest of the world – connecting, giving and growing. 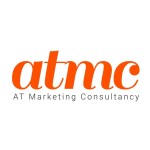