Skip to content
Thu. Aug 5th, 2021
We are happy to announce ticket sales commences today for the long-awaited ‘Lim Boon Keng The Musical ~ Bring The Light’.

“In a century torn by war, one man’s integrity burns like a flame.”

Who is Lim Boon Keng? What has he done? Why is he of interest?

The first Chinese boy to receive a Queen’s Scholarship, he returned to Singapore in 1892 with a first-class honours in medicine. He founded schools, championed education for girls, rallied public support on many public causes of his day. For all his good work, he was awarded the Order of the British Empire, and yet he was accused of being a spy and collaborator of the Japanese during the Second World War.

Lim Boon Keng, The Musical, traces the ups and downs of a man full of ideas and ideals, as he reflects on his life and his philosophy in the early 20th Century Singapore, and reveals his deeds and contributions. 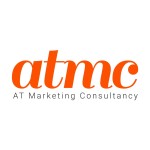